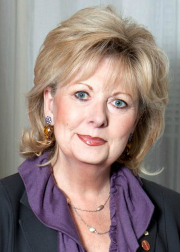 The Honourable Pamela Wallin, O.C., S.O.M has been a journalist, an entrepreneur, a diplomat, a corporate director and a Senator.

While her journalism focused on domestic and international politics, Ms. Wallin has dedicated much of her later professional career to the Canada/U.S. relationship. In the wake of 9/11, she was appointed Consul General of Canada in New York and served for four years. She was then named to the Special Independent Panel on Canada’s Future Role in Afghanistan and was subsequently appointed to the Senate of Canada in December 2008 where she chaired the committee on National Security and Defence and served on the Foreign Affairs committee.

Ms. Wallin is an Officer of the Order of Canada, Canada’s highest civilian honour, and Chancellor Emeritus of the University of Guelph. She serves on volunteer boards; has fourteen Honourary Doctorates and among many other honours, she has been named to the Canadian Broadcasting Hall of Fame. Pamela has, on three occasions, been recognized by Queen Elizabeth II for her public service and achievements. She is the author of three best-selling books.