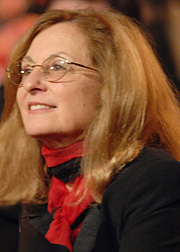 Anna Porter is an award-winning author and publisher. Her newest book, In Other Words, was published in 2018. She is also the author of Buying a Better World, George Soros and Billionaire Philanthropy, The Ghosts of Europe, Journeys through Central Europe’s Troubled Past and Uncertain Future winner of the Shaughnessy Cohen Prize for Political Writing, Kasztner’s Train, winner of the Nereus Writers’ Trust Non-Fiction Award as well as the Jewish Book Award for Non-Fiction. The Storyteller was the winner of the 2001 Canadian Authors Association/Birks Family Foundation Award for Biography. Ms. Porter has written four crime novels, all of which were published internationally and in several languages.

Anna Porter is the founder of Key Porter Books, a publishing company she left in 2006. In recognition of her varied achievements in the world of publishing, and specifically for being instrumental in bringing Canadian titles to the attention of the international market place, Porter was appointed an Officer of the Order of Canada in 1992. In 2003, she was awarded the Order of Ontario. She has been awarded several Honorary Doctoral degrees.

Ms. Porter is currently a member of several professional associations and boards, including PEN Canada, The Toronto Library Foundation Governors’ Council, the Advisory Board of Schulich School of Business, and CODE.